A flat easy ride along the seafront between Brighton and Shoreham

This is a great ride if you want a quick flat cycle along the coast or a slow and easy meander, stopping for ice-creams or a dip in the sea on route. You can do this route in either direction.

The route is on roads and paved cycle lanes. It takes in the sights of the Brighton & Hove seafront, the interesting industrial landscape of Shoreham Port and the quieter leafy streets of Southwick and Shoreham.  If you’re cycling with kids on your bike, there are a number of play areas for them to enjoy too.

You can take bikes on trains except during peak hours. Normally only a few are allowed on any one train.  There is car parking all along the route and at public car parks in Brighton.

Suggestion for a looped ride
Combine with Escape from the City to start and finish in either Brighton or Shoreham.

This flat ride is all on hard surfaces. It follows the National Cycle Network Route 2 along the coast and includes a section on dedicated cycle lanes. These can get busy in Brighton & Hove, where there can also be plenty of pedestrians in the summer. There is some traffic to be mindful of between Shoreham Port and Shoreham-By-Sea station. In the Shoreham docks you will need to dismount to cross the lock gates.

Before you set off from Brighton there’s plenty to explore. From the station it’s a short walk or cycle down to the North Laine, a thrumming area of independent shops and cafés. “Laine” is a Sussex term to describe an open tract of land at the base of the Downs. Nearby is the Royal Pavilion Estate. The cultural heart of the city, it consists of a palace, a museum, art gallery, performing art spaces and a Regency garden. The striking dome-topped Royal Pavilion palace was built in the early 1800s on the extravagant whim of the Prince Regent, who later became King George IV.

Before you reach the sea, you can wander through the The Lanes, the winding warren of streets and twittens that were once the centre of the fishing town of Brighthelmstone.

As you reach the seafront, you can’t miss the Brighton Palace Pier which has been welcoming crowds of day-trippers since 1899. Although the cycle path takes you along the top of the seafront promenade, at beach level is the Brighton Fishing Museum, where you can discover how this once-tiny fishing community became a Victorian seaside resort.  On the pebbled beach, you’re bound to spot swimmers at any time of the year. Sea swimming has a long history on The Living Coast and was popularised by local physician Dr Richard Russell in the 18th century.

As you cycle west, towards the skeleton of the West Pier don’t be surprised to spot a peregrine falcon circling above you; the highest apartment block on the Brighton seafront is an urban nesting site.

The West Pier was designed by the famous civil engineer and seaside architect, Eugenius Birch. Opened in 1866, it was closed to the public in 1975. It’s remains are the focus of one of nature’s most wonderful Autumn and Winter displays – the undulating murmurations of thousands of starlings coming to roost on its metal struts.

Above the West Pier is the BA i360, the country’s highest moving observation tower. Just before you reach it, there’s The Golden Spiral Piazza, where columns from the original West Pier substructure are arranged in a Fibonacci spiral. As you continue further west towards the port, you pass a number of eye-catching Regency and Victorian squares and terraces in Hove, many of them listed buildings.

There has been a harbour on the River Adur since Roman times when the river mouth was further east in Hove. Today Shoreham Port has EcoPort status and is the biggest port for scallops in Europe. Heading along the road through Shoreham Port, look out for patches of plants in the pebbles of the beach. These pockets of vegetated shingle are a rare habitat, the plants adapted to withstand harsh, coastal conditions.

At the end of the harbour, you cross the harbour lock, which protects the port’s canal, to reach Southwick. Before you do, walk to the end harbour wall and look across to the mouth of the River Adur and the remains of the Shoreham Fort, built in 1857 to protect the harbour. Beyond the fort is the Shoreham Beach Local Nature Reserve where hardy plants such as sea kale and yellow horned poppies and insects thrive on the shingle of the beach. Further up the river the saltmarsh of the Adur Estuary is home to many wading and water birds,

Following the route through leafy Southwick, you pass Southwick Green, which has been at the heart of what was historically a farming community. Evidence of Iron Age settlements and of a Roman Villa have been found not far from the green.

You end in Shoreham-by-Sea, a harbour town dating back to Anglo-Saxon times. In the 12th and 13th centuries, it was one of the most important harbours on the south coast.  A short walk from the station is the flinty Church of St Mary de Haura dating back to Norman times, when the harbour was a convenient entry point for those coming from the ports of Normandy.

You can find out more about this area’s unique history going back to prehistoric times at the Marlipins Museum. This striking 12th century building is the oldest secular building in Sussex and may originally have served as a customs house for the port. Although there is plenty of ancient history, the museum also tells the story of how the town became the UK centre for the silent movie industry just before the First World War.

Not for profit community bike workshop. The aim is to encourage everyone whatever your age, gender or knowledge to learn to love your bike. 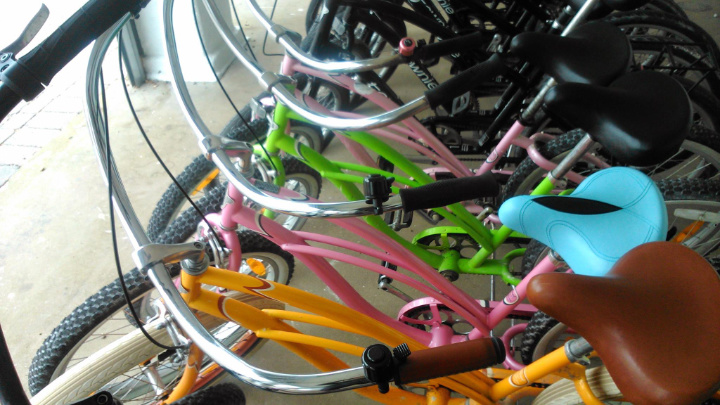 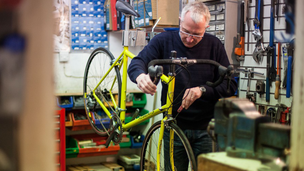 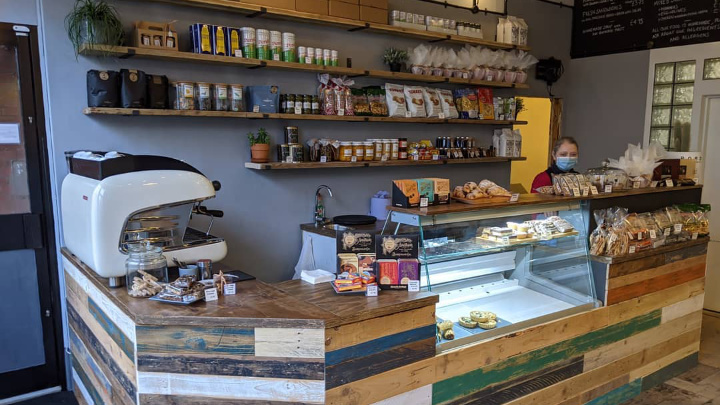 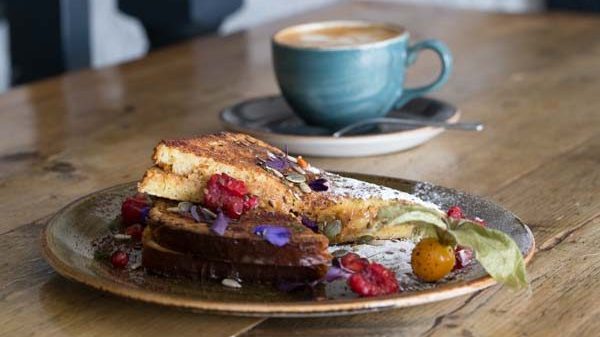 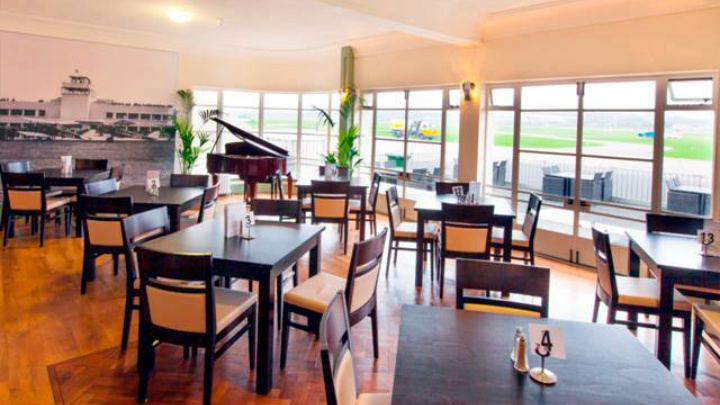 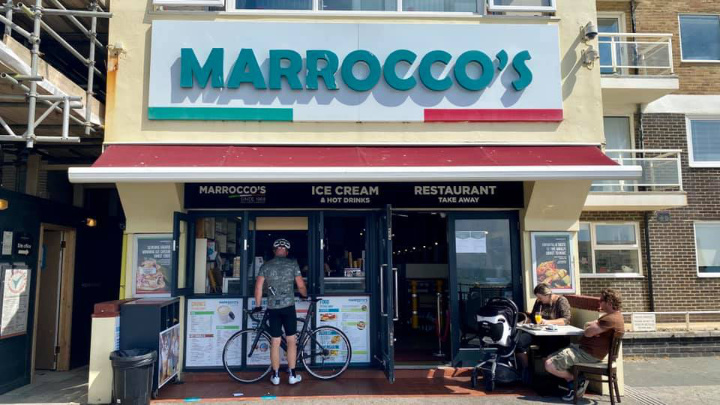 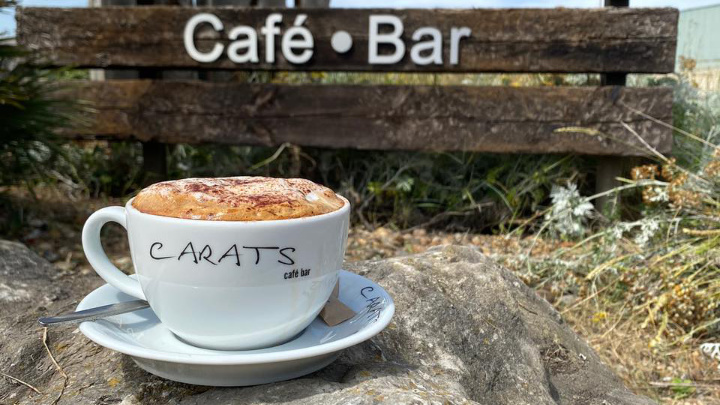 Popular Cafe/Bar located on Southwick beach on the south side of the Lady Bee Marina.